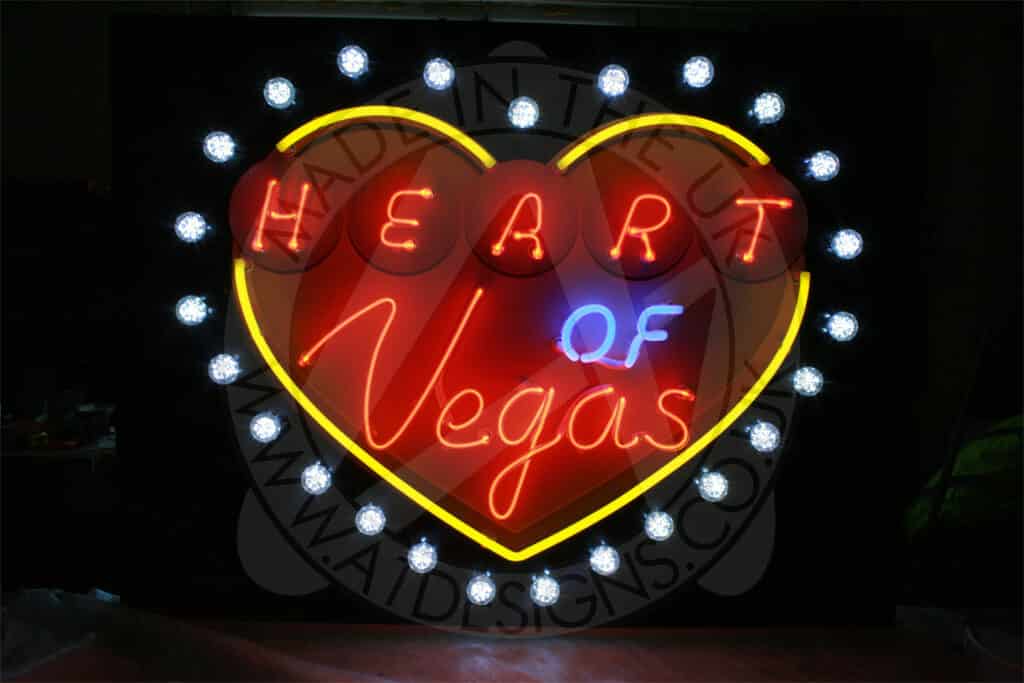 Neon was first discovered in its elemental form in 1898 and in less than 20 years it was used not just as a scientific tool, but as a product. The first demonstration of neon in a modern form was in December 1910, by a man called Georges Claude at the Paris Motor Show, who displayed two 12 metre long tubes filled with the gas. From that point, the world has been fascinated with neon and its popularity and uses have evolved over the many years. In today’s world neon signage is not just a decorative piece, or something to enhance your business space, it is a way of expressing yourself and adding a creative feel to your space.

Take a look at these top 10 facts about neon…

One of the lesser known neon facts is that there is only one colour for neon. When you fill a clear tube with pure neon gas, it lights up a reddish-orange colour and is that warm glow that is often thought of when neon is mentioned. To obtain other colours, there are a variety of methods used that include powder coated tubes, combining neon with other noble gases such as Argon, or even using coloured glass tubes. In some cases, all of the above are done to achieve some of the most vibrant colours you will see.

Neon is used in television sets and lasers

The first neon light was revealed in 1910

As mentioned previously, Georges Claude displayed his neon lamps at a Paris exhibition, he created it by combining an earlier discovery with a new one. George’s business was in air liquefaction and the neon gas was originally produced as a byproduct.

Neon is a Greek word

Neon gets its name from the Greek word ‘neos’ which means new.

In 1912, Georges Claude’s associate, Jacques Fonseque sold the first neon advertising sign to a barber in Paris in 1912. Next, in 1913 3 ½ foot tall letters were installed on the Champs-Elysees, they spelt out ‘CINZANO’, the name of the famous Cinzano company which manufactured Italian products.

The Paris Opera House was decorated with Neon

In 1919, Georges Claude manufactured a design which involved decorating the world-renowned Paris Opera House with red and blue tubes, giving the colours their name of ‘Opera Colours’

A neon tube can last a very long time

The average life span of a standard neon sign is approximately 30,000 hours. However, in 2012 during a renovation of a restaurant, a neon light panel was found still on, after running for approximately 77 years.

All neon lighting is handmade

Even though electrodes and most glass tubes are prefabricated, neon lighting is still a handmade art and creators use blow torches to heat glass tubes before bending them into place and sealing them together.